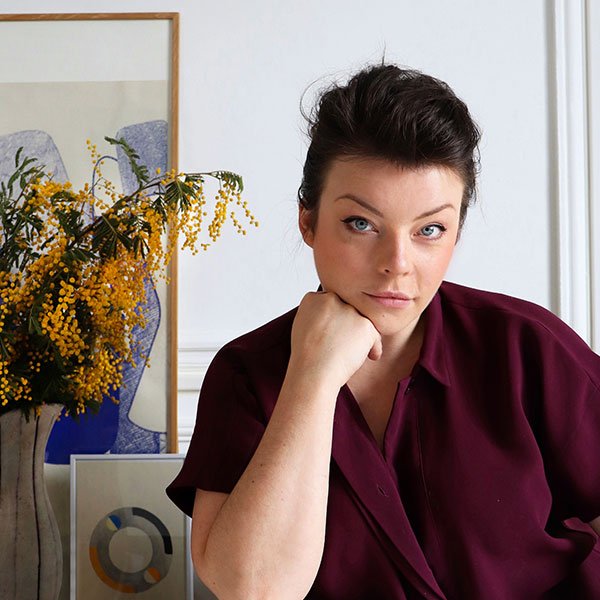 Born in Paris in 1986, Marta Bakowski is a French designer of Polish origin. After graduating from Central Saint Martin’s in 2009 and then from the Royal College in 2011 (both in London), she left the city to seek out the fresh creative scene in Berlin. She worked here for two years as an assistant to the Dutch designer Hella Jongerius.

Once back in Paris, she joined Ateliers de Paris and founded her own studio in 2014, where she cultivated a hybrid design style that broke away from traditional codes. Specialising in colour and material, she conceived objects that were halfway between industrial and artisanal creation, producing work mostly with her own hands or with those of the craftsmen she worked with.

Since 2015, she has been collaborating with different publishers and clients, such as La Chance, Roche Bobois, Ligne Roset, Maison Matisse, and Le Bon Marché Rive Gauche, and also participates in international projects that highlight local cultures.

Our first collaboration with Marta is already underway. Be patient! We have some gorgeously colourful surprises in store for you, as are alluded to with these gouaches.